@graphitical @PhDemetri +1, I've found the long list of identities on this wiki page very, very useful in those rare cases where I find myself having to do this kind of thing 1 day ago

An underappreciated struggle in data science is trying to not sarcastically answer: "How many users did we have last month?" with: "That depends on what you mean by 'have', 'users' and 'last month.'" Retweeted by Jake Westfall 2 days ago

I always wonder what % of ML projects never go beyond demo, while prod still runs on regexes and rule-based systems… twitter.com/bernhardsson/s… Retweeted by Jake Westfall 5 days ago

I wonder what % of ML projects are done with the goal of writing a blog post about it vs actually accomplishing something of value. Definitely guilty of it.

@NickyTops That's fucked up 6 days ago

Everything is fucked: The syllabus (new blog post) https://t.co/jb4sXMx1BT

@GaianBrito @LisaDeBruine and @dalejbarr probably have a better idea than me what actively maintained software out there has the most feature overlap with PANGEA (power analysis for mixed models with arbitrarily crossed/nested random factors). Or if not, they probably know who would know :p 2 weeks ago

@causalinf The Beard episode! 2 weeks ago

Have you ever wanted to know how much unmeasured confounding could influence your observational causal effects? I just wrote up an extended example of how to do this kind of sensitivity analysis with both fake and real data #rstats #causaltwitter evalf21.classes.andrewheiss.com/example/confou… Retweeted by Jake Westfall 2 weeks ago 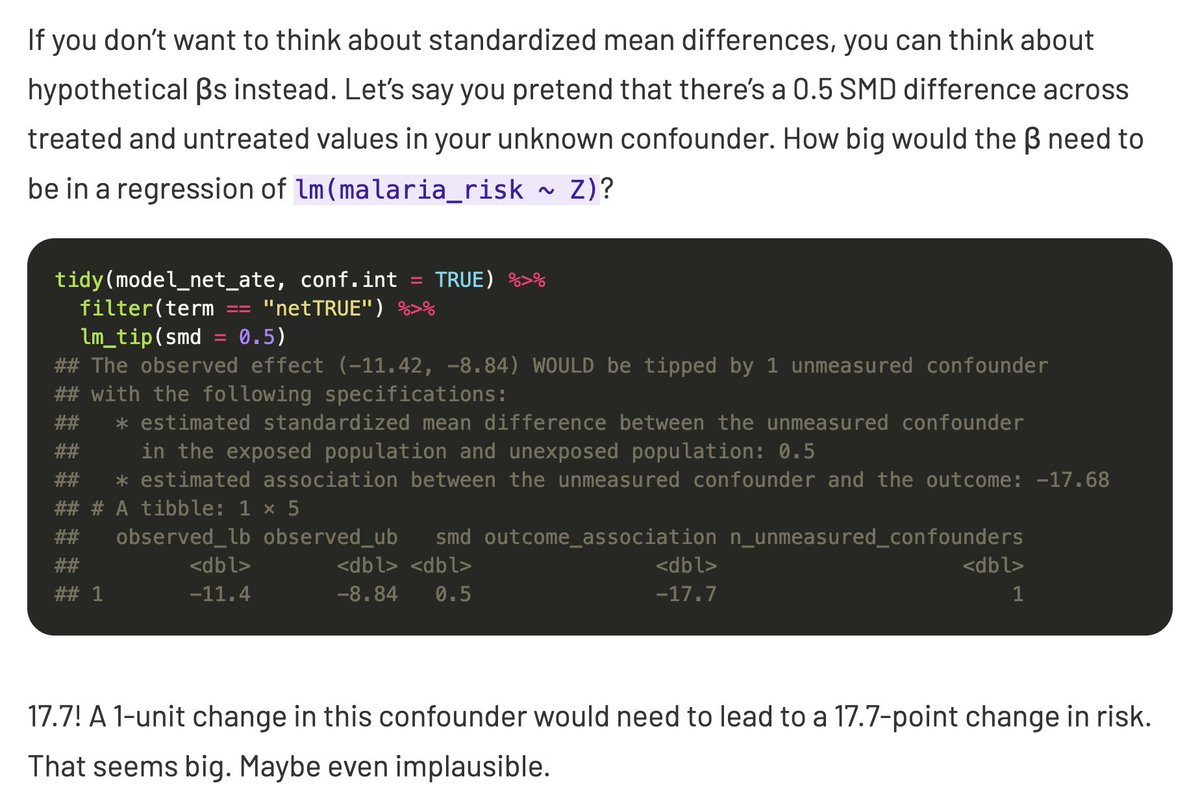 Glad to see coverage that doesn't just assume we can know the effects of x simply by asking people who do x what they think its effects are twitter.com/anya1anya/stat… Retweeted by Jake Westfall 2 weeks ago